google-site-verification=wQRZRfvZLxlV1JIIJG_Azb0sbi9r067URY0GHgtgdeg
If you feel the need to get in touch with me for gig/festival booking enquiries or need help with anything you can do so in the following ways: 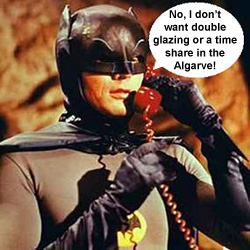 Getting in touch over the ol' dog an bone has been popular with chin-waggers and troubled teens since long before Lady GaGa came along and wrote that song! You might very well be able to find Adam Daffurn in the archives but here in the Batcave, <ahem> I mean King Dave Records HQ I am poised and ready to leap into action with my cape whooshing out behind me in an overly dramatic manner, to pick up the phone, clear my throat and say "Hello and welcome to King Dave Records, how may I help you today?" in a polite and professional manner. If this all sounds rather exciting and you wouldn't mind a one-on-one call with the musical caped-crusader of Worcester then the number to phone is:

I'll be honest though, I haven't had any calls yet and I've just been sat here in this ridiculous Batman outfit for weeks just waiting to say "Holy O'Hare, quick! To the Firefly..." 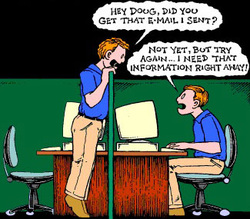 Messenger pigeons went out of fashion yonks ago and snail mail is now history and as I'm sure you're well aware, history is a thing of the past!

Your best bet for getting hold of me is via this rather tidy looking email address:

Oh yes, I put some thought into that one a few years ago. I get notifications of emails on my phone so if you send one to me, I will know INSTANTLY! So be nice, because if you're mean and I'm out and about at the time and read it, I might come straight round to yours to deliver a 'personal' reply. Think I don't know where you live? Hmm...we'll see... 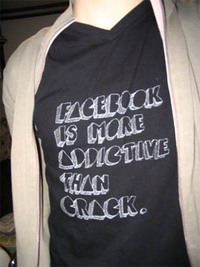 ...but not as tasty. I haven't made a King Dave Records group on the book of face yet as I'm holding back until I'm in a stronger position. I have a personal facebook page which is:

Though I can't guarentee I'll add you as facebook does properly invite people into your life. Think about just how much information you know about people through facebook that they would have never told you face to face. If you do send me a friend request though, you must add a tiny little message saying who you are. If all I can see is Paul Roberts wants to be your friend and your profile picture is a baby or a picture of the moon, then I've got no idea who you are and I won't accept. Sorry, but it's like that, and that's the way it is. HUH! <--- See that little Run DMC thing I did there? You probably did.) 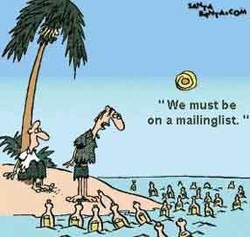 Ah man, what a mess! This once amazing and buzzing social networking site that was the forefront of musical madness on the internet appears to have experienced a heart attack recently. Nowadays it's mostly just spam and all the flat-chested emo 99 year old swingers have moved on to Bebo or facebook or VampireFreaks and all that jazz. However, it's still a good idea to have your music on there. My page can be found here:

I don't check it all that often but I do keep an eye on it to deny all the friend requests from susposed Russian models and death metal bands from California that say "Hey, we saw you like Ellie Goulding so chances are you'll like our band. Buy our album." 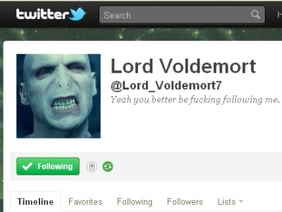 I'm still quite new to this tweeting lark but I'm working on it. I'll try to make it more interesting than it is now. If you do want to follow me on there then look no further than:

I'm on there really not as a means of self-promotion but to follow other awesome musicians such as Ivana XL, Sunday Girl, George Pringle, Leah Mason, Orianthi and Kate Nash. I don't fully understand Twitter at present, but it's quite mad when you're at a gig inbetween bands, outside in the smoking area and your phone starts beeping, you look at the screen and it's P Diddy or Lady GaGa and you're like 'Damn it, not now Diddy! I'm busy!!' or 'Listen lady, if you don't leave my 'telephone' alone then I'll pa-pa-pa-pa pa-poke you in the face and see how you like them apples!' 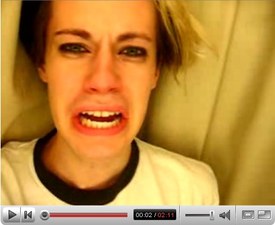 Leave Lisa Ventura alone!
YouTube is without a shadow of a brussel sprout, the daddy of the online video world. For fans, it's practically every song ever recorded there at your fingertips. Even if the song hasn't got an official music video, there'll be a fan made video, an audio only one, an acoustic version, the demo version, several live versions, radio interviews, fan covers and maybe even lessons on how to play the song!! It's all there for FREE. For musicians, don't moan about YouTube, it's the biggest and best promotional tool you could ever wish for, instant distribution of any promo video/audio/demos/EPK's/adverts for upcoming gigs/tours. Man, it's ALL there for the taking and if you've registered your music with the PRS then you can claim royalties on the views.

I've waffled on about the importance of YouTube to new bands elsewhere on this site, but I must stress that you must have a strong online presence these days. If your name is on a flyer or a facebook events page, if copying and pasting it into YouTube doesn't bring up any results, don't expect people to google for your half-arsed MySpace page that's only got 3 really old demos on there. If you can strum a few chords on a guitar, you can't expect complete strangers to think you're brilliant and worth paying to see when they've never heard you. Look to the likes of Becky Rose and Jasper, these two are at the top of their game! 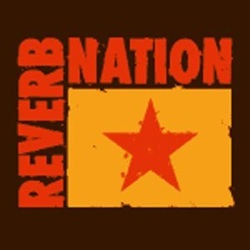 A new one this.

Still needs somework, but it's getting there. 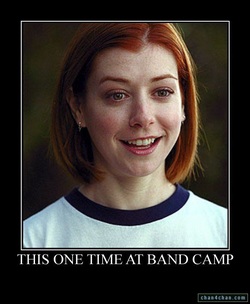 This is where it's at for independent music these days. I've had local musicians moan at me at gigs about uploading videos of their songs to YouTube as it's lets people listen to their music for free. This all sounded very serious for those listening in, until I pointed out that people could listen to their music for free on their MySpace page anyway. With MySpace's demise, BandCamp has risen to prominence and provides a very clear layout and easy to use format for showcasing/streaming and downloading music.

I need to have a sit down and a cup of tea with my artists to dicuss uploading their music to BandCamp, but in the meantime, you should definetly listen to these albums for free and download them if you feel moved to do so. 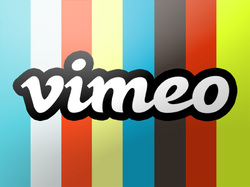 Vimeo is like the independent thinking man's YouTube. It's much classier. I've got plans to make it look more like my promotions page on this site but better, but this all takes time. For now you could definetly do worse than than having a little click on this link.

I'm sure you'll agree, it's looking pretty tidy as it is but there's so much more to come, oh, so much more. 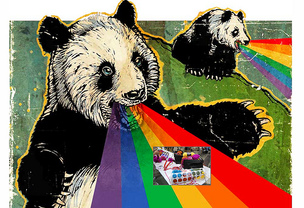 I'm only just getting to grips with Flickr, once I've got more time on my hands I'll upload a whole selection of my best pictures from over the years. For now, you can check out:

Fortuitously I had an exhibition of some of my work at the Worcester Arts Workshop fairly recently and so I selected about 800 pictures to be part of that. As you can imagine that'll take quite a bit of time to upload and label that many pictures but it's on my to-do list. 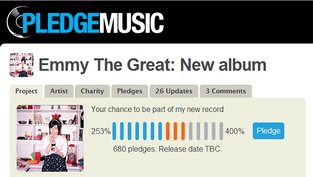 Pledge Music is an awesome way for independent and small artists on indie labels to fund their albums and to bring their fanbases onboard to secure the funding for an album. Here's my page though as things stand I don't need this to fund my artists, at least not yet.

The idea itself is great. Rather than a small label putting a load of money into an album that could sell slowly or an artist putting all of their wages and savings into studio time and a producers pocket for an album that they could have trouble selling. Any fans that are interesting can pay for it before it's made, which helps it to be made; and they get a special gift from the artist as a thank you which increases in generosity the more that you're prepared to pay. This generally ranges from a signed CD, to postcard from every city on a forthcoming tour to guest passes and personal living room gigs. This is awesome as it brings the fans and the bands closer together, it creates an personal bond with the artist and for the artists it enables them to continue doing what they love. 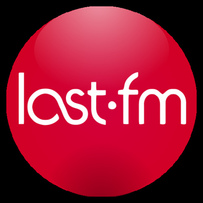 Last.fm is simply amazing and from a music geeks perspective, it's the most important music website in the world. Seriously, out of everything listed above (and maybe below if I keep going) this is the one website that you must get yourself registered with. Here's my page so you can see how awesome it is.

Fantastic stuff. It's basically a huge musical database, as a fan you get stats and graphs and top weekly/monthly or yearly most listened to artists creating your own 'Top of the Pops' with pictures of the bands that you can upload. Everything is clickable, so you can click on a song and see it's listening stats, what albums it's been featured on, top listeners, videos, etc. From an artists point of view, you get all that plus you get to have an artist page (all for free) you can upload your own music for just streaming or free download or set the price for digital sales. Last.fm is, in my opinion, more for the fans than the bands but if you're smarter than the average bear and you've registered your music with the PRS and got your IRSC's then you can recieve royalties for other people listening to your music. It won't be a massive amount but it's still free money. So, sign up to last.fm now, download the 'scrobbler' plug-in for whatever program you use to listen to your music, WinAmp, WMP, iTunes etc and get busy listening to music you love. Honestly, I promise you that getting a last.fm account will be one of the most rewarding musical activities you'll ever do in your life. 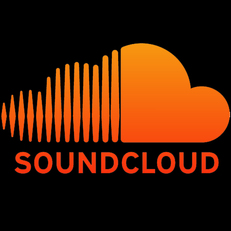 SoundCloud's simple no-nonsense layout is proving increasingly popular with independent artists who (after the aforementioned demise of MySpace) can record a demo and upload it to an uncluttered page and then give a link to it on facebook or twitter for fans to click through and listen. It's that simple. No advertising, no clutter, no scrolling around waiting for Java players to load on the page, just click and play. Here's my page:

Not overly exciting I know, but better still, here's George Pringle's SoundCloud page with current demos for her new album, which is nowhere near finished but she can still maintain interest and recieve feedback on the tracks before taking them into a studio. Sunday Girl's page provides a better look of how Sound Cloud can be used to full effect. 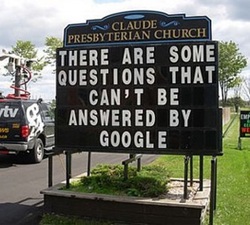 Like if a tree falls in the woods and I'm not there to film it and put it on YouTube...then did it actually happen? Or does it even matter?
google37c086edef57ff8b.html